Chiseled Hair brings a co-working approach to the salon

The Chiseled Hair salon in Bentleigh, Melbourne is one of the latest and most joyful projects completed by the OLSK team, designed in collaboration with Elvin Tan Design. The space saw the duo named as a Workspace Awards 2020 Finalist. 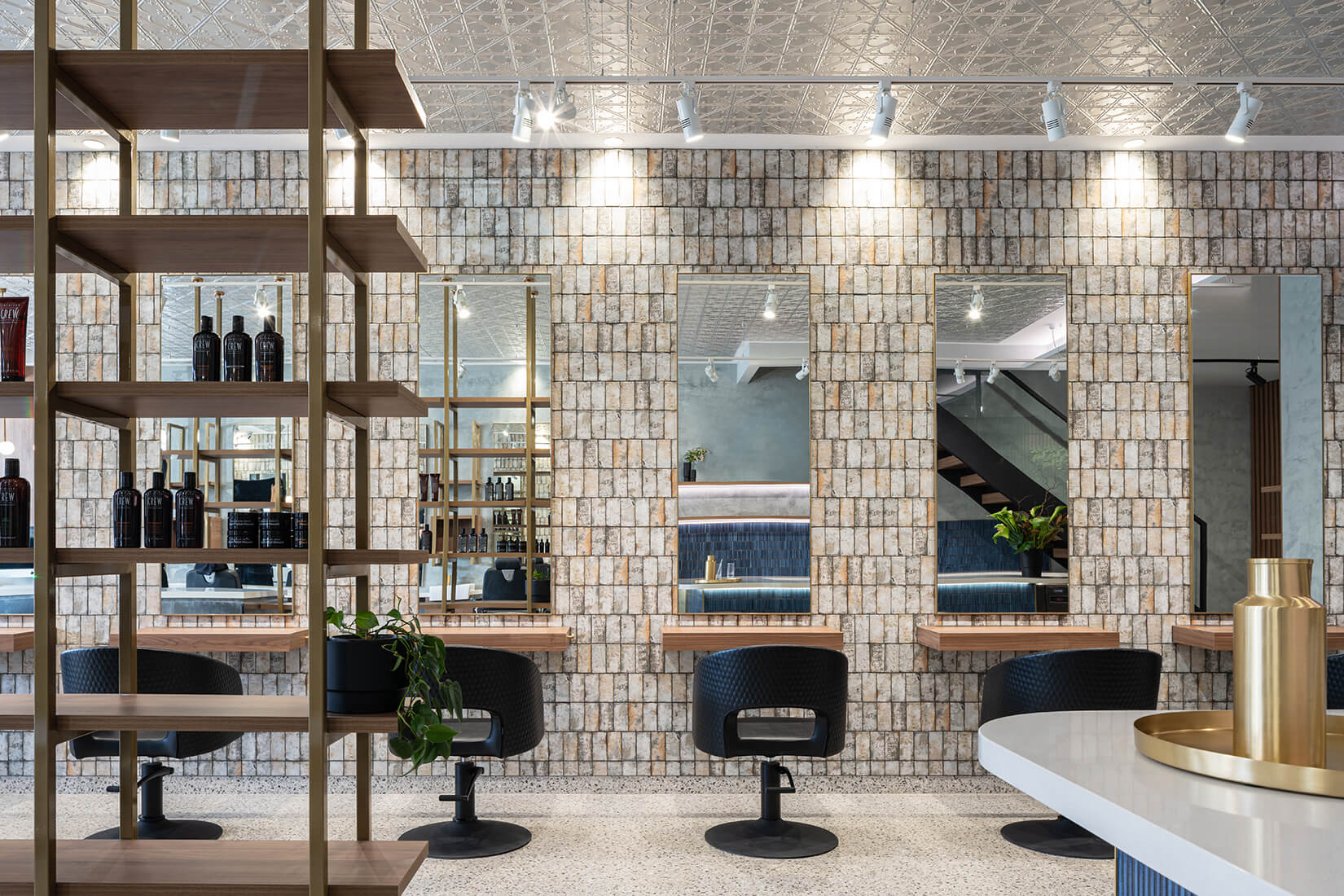 Even before the onset of pandemic restrictions, retailers and hospitality venues had been hard-pressed to keep up with the competition of the eCommerce boom, escalating rent, and experience-seekers spending money elsewhere.

While longstanding services like hair salons were a community fixture, they too weren’t immune to the recent bucking of traditional business models across the retail sector. However, it remained that patrons still needed to get their hair cut, styled, and coloured - and standing out on the high street soon became as crucial as the service itself.

This presented the opportunity for hairdressers and barbers to shake up their offerings. And in the case of Chiseled; OLSK took the reins to design a hair salon founded on more than just a solid blueprint.

Managing director Jared King – not one to conform to the traditional ways of retail space thinking – took up the project when contacted by his long-time friend and client. Rather than designing a new space for just one salon owner, Jared considered the co-working model – out of which Chiseled Hair was born.

Working with Elvin Tan Design, the OLSK team set about designing a space that could bring together four salon owners into one space to operate.

“The brief we developed was about defining this new brand through the architecture and interiors. The name – Chiseled – came from the group and formed the starting point for concept development. We thought about the process of hair cutting and styling, which formed the main design theory which is based on layers, texture and colour,” said Jared.

The unique hair salon had to present an experience that wasn’t only gender-neutral, but retail and hospitality neutral. The project's design had to reflect the very nature of hair-dressing.‍

Not only did OLSK have to design, create and build within fixed timeframe and budgets, the project presented a unique situation – having four very creative, very driven clients whose particular practice needs had to be satisfied.

From a design perspective, the goal was for all the personalities and the design theory to be synthesised into a sophisticated and consistent outcome. The team had to consider the notion of construction with the main design theory, as well as considerable space planning and layouts for the large space.

OLSK had decided before construction that the space could not look like it had four different styles. The success of the design relied on having a consistent set of design themes and a strong theory that brought it all together.

Team OLSK solved the overarching conundrum by layering the material selection in sections as to keep the eye coming back to discover more layers, and features, unable to be taken in on first glance.

The floors and ceilings are treated in a singular finish – terrazzo for the floor and pressed metal for the ceiling – that brings a level of cohesion throughout the entire space.

Closer to the entry and reception, the barber and hair salon services are visible from the street. From the barber side, cool metallic finishes and concrete-look paint add a fresh, yet subtly masculine feel, while the hair salon side is warmed by vertical Spanish tiling.

The washing and colouring basins have strategically been located to the rear, with the colouring stations featuring a green wall and natural timbers, and minimal mirrors to keep customers at ease.

True to OLSK’s nature, veering slightly from the original brief brings with it a standout result. One aspect that was integrated during the design phase, is the section on the salon now dubbed, The Hub. The Hub utilises the space under the existing stairs and is located in the centre of the hair salon so it acts like a heart, servicing all areas.

Instead of just going for a standard waiting area, OLSK turned it into a bar where customers wait at the start of their session, then come back during treatment, and then return again at the end to rebook.

For OLSK and the team, this project is a perfect example of how the company’s ethos extends beyond traditional thinking and simply getting the job done.

Chiseled is now a sustainable business model for four hairdressers, who can invite their clients into the space for a memorable hair-dressing experience. Not only to offer a feeling of luxury, but to keep them coming back.