Nestled in the basement of the heritage-listed Harley House, this boutique bar's entrance is tucked down the very unassuming Strachan Lane, near the corner of Collins and Exhibition Streets, at the 'Paris End' of Melbourne. The size of the venue is deceptive. Upon descending the narrow staircase, the design helps the space feel much larger than life. It’s welcoming, warm and definitely somewhere you'd want to return to again and again. 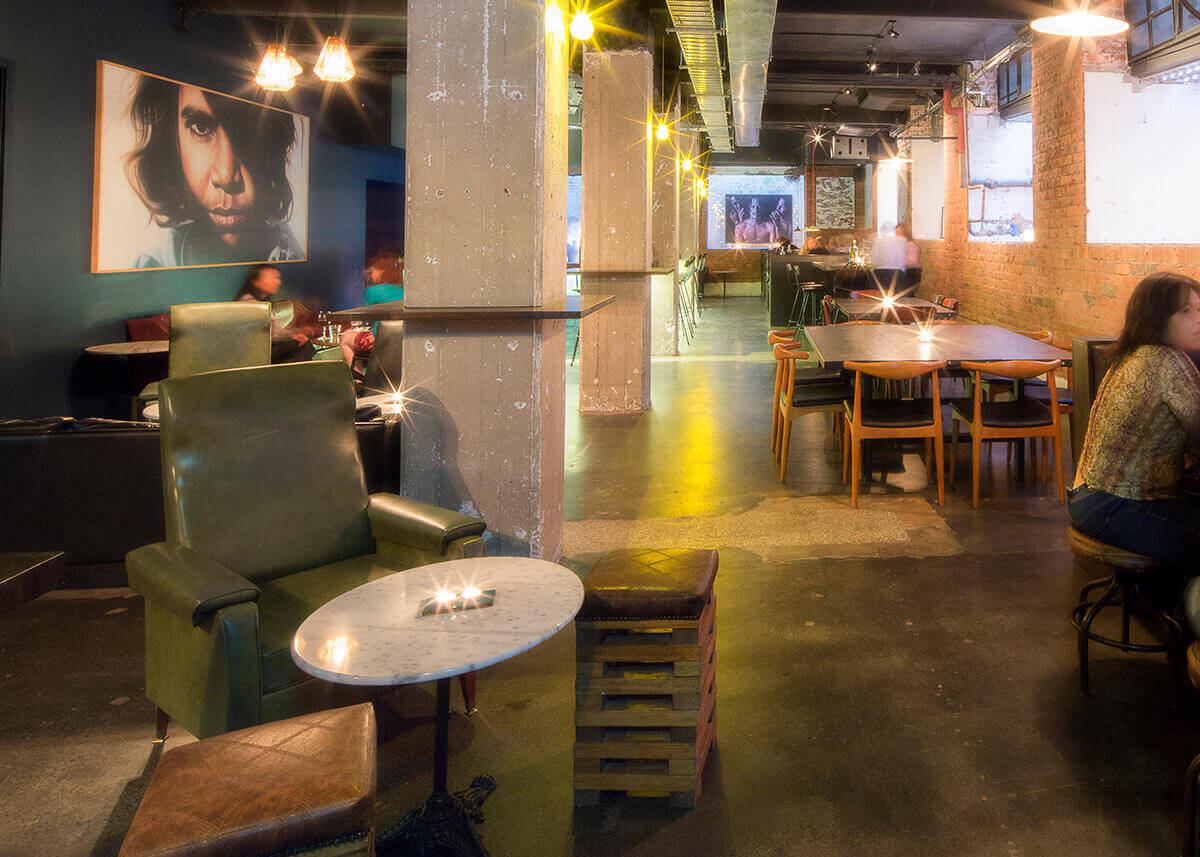 “Harley House is a CBD bar, reminiscent of a New York style basement. It truly embraces its ‘hard to find’ reputation. We delivered a complete refurbishment and heritage restoration in a raw aesthetic.” 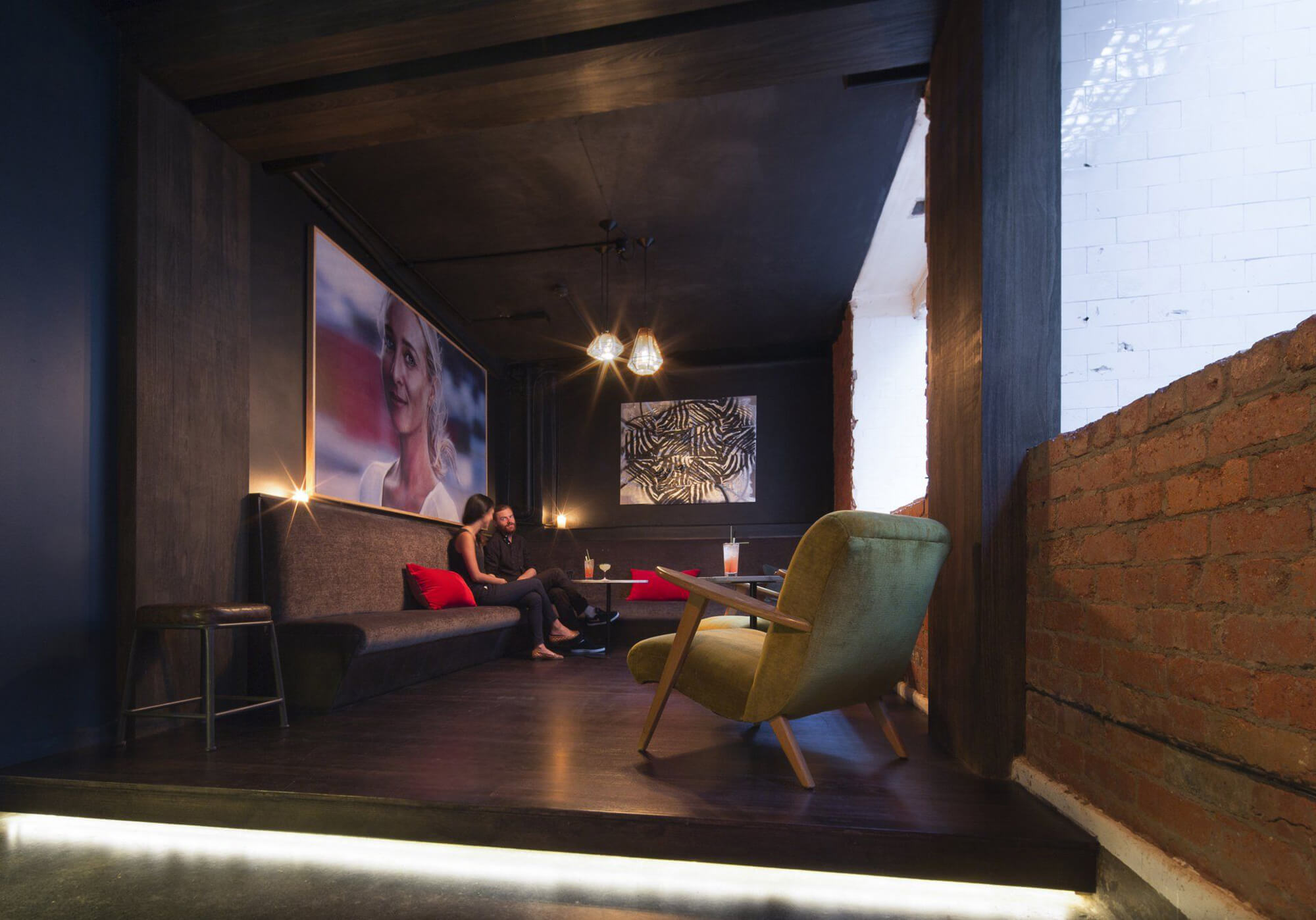 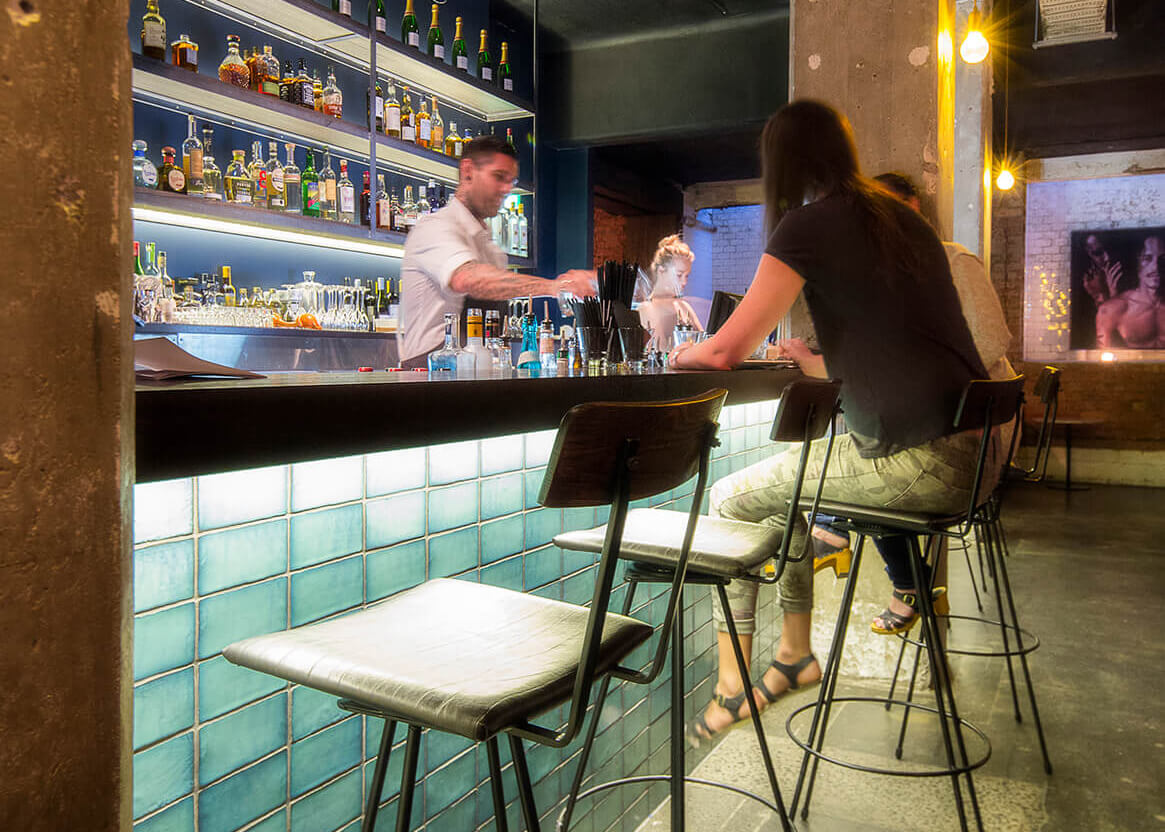 The building was originally designed to be medical consulting suites and its name, Harley House, was derived from the street in London which has been the home of many private specialists since the 19th century. The bar/restaurant has adopted the same name to honour the original intent of the building which now has a variety of tenants from the luxury brand Hermes on the ground floor, to corporate offices throughout the rest of the building. 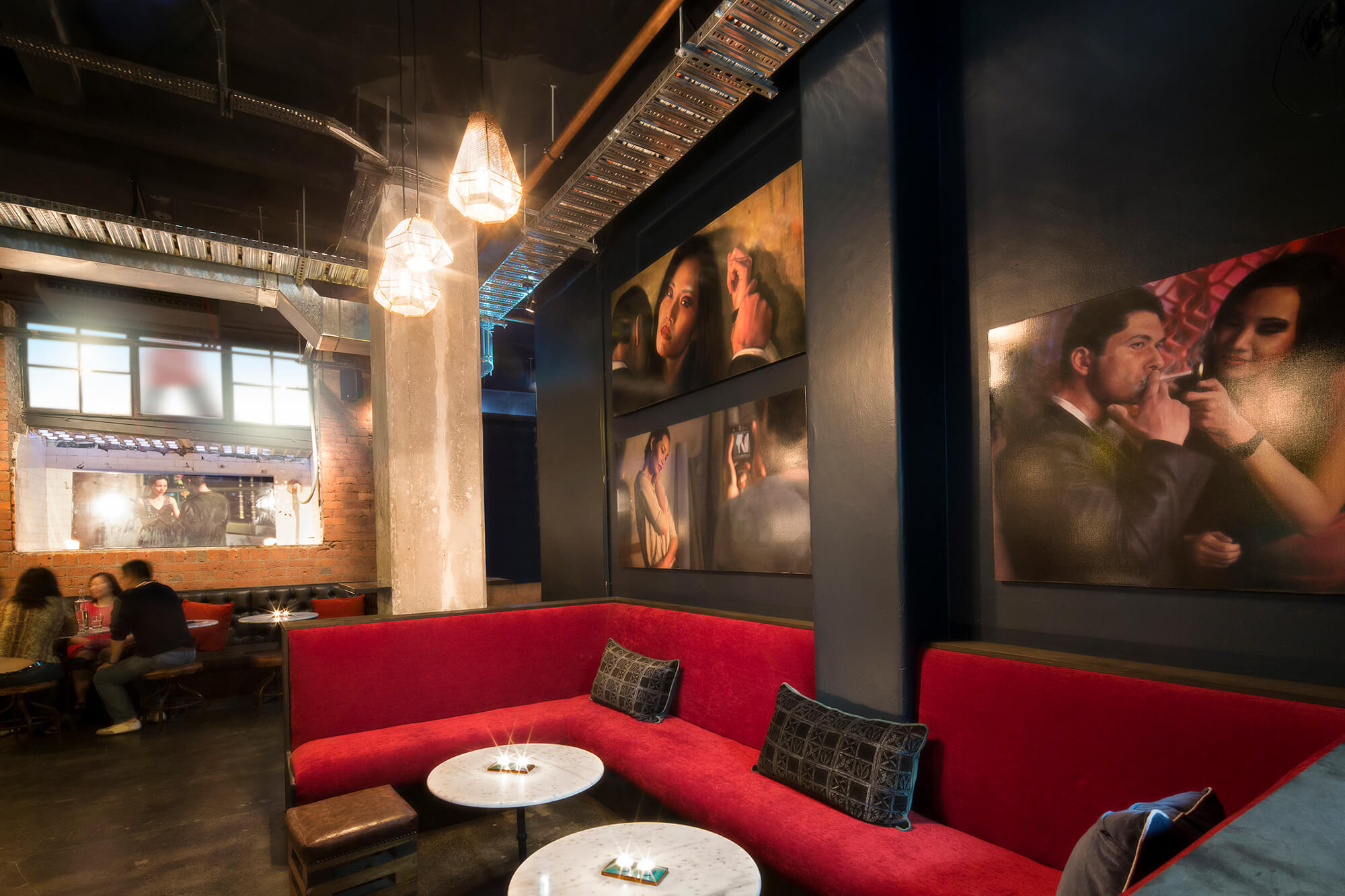 The basement began its life as a bank vault in the early 1900's and the original alcoves that run the length of the venue were bricked up to protect the bank's investments.

During initial construction stages OLSK suggested to the client that the alcoves could be opened and restored with minimal expense adding a view down to the venue from street level. We carefully exposed these alcoves and discovered their amazing original subway tiles and glass bricks still in tact. The alcoves allowed natural light to filter down through the glass pavement above. These alcoves have now become one of the key features of the space, often used to display Vincent Fantauzzo, renowned Australian painter's, stunning artwork.

We stripped the concrete render off the existing structure and when combined with the exposed brick and raw concrete columns, these original elements bring elegance to the modern space.